Skip to content
Previous Next
Rude Behavior in Workplace is Contagious 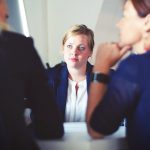 Rude behavior at work tends to have a contagious effect and spread from one employee to another, according to a study published in the Journal of Applied Psychology. Incivility can leave employees feeling mentally fatigued, thus reducing their self-control and leading them to act in a similar uncivil manner.

Researchers also found that rude behavior is more common in workplaces that are perceived as political, defined as employees doing what is best for themselves and not the organization. In highly political environments, motives and actions are less clear so employees have to try and figure out why they are being targeted and how to respond. This mental fatigue saps energy and makes it difficult to control negative impulses. Other situations may also contribute to rude behavior such as workload, industry competitiveness, and whether employees have enough time to do their work. Even when employees want to be civil with their co-workers, rude behavior can make these employees lash out, as well.

Rude behavior qualifies as a performance problem. To help stop condescending behavior, the study’s authors suggest offering staff clear feedback on acceptable behavior in either a formal or informal manner. For more information about dealing with this issue at your workplace, please contact us.